Copenhagen was fantastic! It’s the first time I’ve been to a country with absolutely no itinerary or plan whatsoever. It’s also the first time I ended up checking out only the pub scene and nothing else! I have absolutely no complaints though, it was the most fun I’ve had on a “work trip” thus far!

The conference itself was fun, which was… a surprise I guess, more than anything else. Who knew my colleagues were such party animals! I spent the nights drinking and the days nursing a hangover while trying to sit through the sessions for work. I was running on 2-3 hours of sleep and gallons of coffee. So obviously, by the weekend, I was exhausted, but knew I had to keep going cos there was a lot of partying left to do!

On Friday afternoon, I checked out of the hotel, said goodbye to my colleagues and went to the airbnb apartment I’d rented out in Norrebro. It was small, but cosy and full of character.

There were walls and walls of books and DVDs, which, though I did not get a chance to actually read or watch, was lovely to just have around.

Remedy for a rainy day

But I didn’t really spend too much time in the house. I was too busy pub-hopping, drinking crazy concoctions throughout the night and dancing to 90s music ( Denmark is crazy for 90s music! I felt like I’d gone back in time!)

That first night of pubbing I got back home at 5:30 in the morning.

Outside Zef Side, around 4am, getting some air

I woke up late in the afternoon and went for a walk to clear my head, and to get something to eat. That’s when I chanced upon this lovely little place. Cafe Laekkerier is a fantastic little cafe where they serve Danish dishes with a Latin twist as the owner is Latino.

The owner, John, is friendly and welcoming, with kind eyes and an open smile. I ordered the chicken mouuse sandwich he recommended, which was the best darn sandwich I’ve eaten in my life!

I washed that down with a bottle of organic beer, then feasted on lemon pie topped with melted marshmallows, singed to perfection, for dessert.

Later that evening, There was another night of pubbing left, and I set off again. 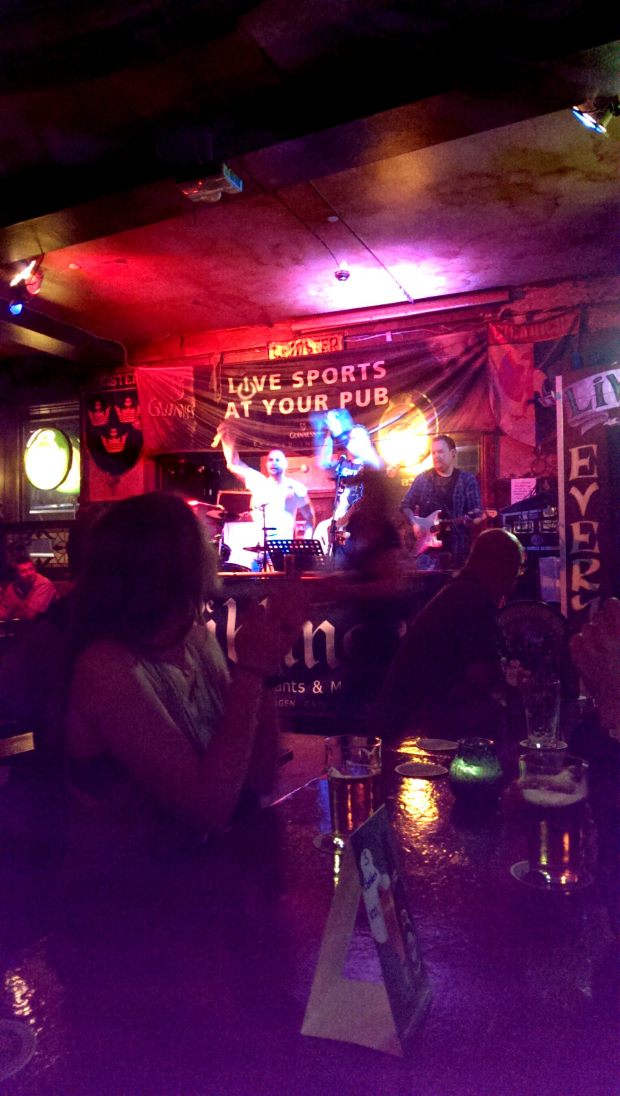 At an Irish pub, somewhere in CPH

But I’d gotten a little weary of it after a whole week of drinking till dawn. So I said goodbye to my friends including the guy who’d been my guide through Denmark’s nightlife for the past 2 days, and took a cab back to the apartment around 1am to finally sleep off the excesses of the week.

I woke up to a dull and dreary morning, with rain pelting down. Which was just as well, cos I’d have to leave in a few hours, and it’s always easier to leave a place when you know you’re going to sunnier shores.

I wish I’d had more time to enjoy Denmark though. I know I’d go back in a heartbeat simply to eat that sandwich again! But until then… there’s always other places to go to eh? ;)

I do have a lot of travel coming up soon! Stay tuned!

Top Clicks of the Day